In one of my first consulting engagements over 15 years ago, a customer said to me a something that sticks with me through to today regarding working in a group.

“Nobody knows my mind like I do, and even I don’t always know it.” (anon)

What he joked about are the issues that arise when working as part of a group.

Before we address the challenges of team-based development let us talk about the benefits.  Broadly speaking there are 3 primary types of benefits.

What are the challenges?

There are three primary types of challenges for team-based development.  They are

Mitigating these the challenges

Failure to follow these steps will lead to communication breakdown.

Blocking is addressed through architectural constructs and version control methodologies.  Models can be architected to allow each person to work on individual components while still facilitating integration into a large system level model.  In the instances where two people need to work on the same model, and it cannot be subdivided, then version control software can be used to create a branch for each person to work on and then merge their changes once they have completed there work.

It is of the highest importance to validate the models’ behavior after the merge to ensure that the functionality added by each person still works in the merged model and that the baseline functionality has not changed.

While standards may be complete or incomplete, there is no “right” standard.  The key is complying with those standards.

A “complete” standard is often a series of standards addressing

In this post, I have not specifically addressed Model-Based Design.  The recommendations for mitigation can be directly linked to earlier posts I have made on topics such as modeling standards, version control, and model architecture.  Finally, with models acting as the “single source of truth” during the development cycle many of the handoffs and blocking issues of team-based development can be avoided.

I am happy to write that for the second time I will be presenting at the Software Design for Medical Devices conference in Munich Germany Feb 19th and 20th.  I will be in Munich the balance of the week answering questions about Model-Based Design both for the medical industry and in general.  If you are based in or around Munich please feel free to contact me.

When I release a model it will

However, if I asked anyone to reach these levels early on in the development process then I would both slow down the process and increase the frustration of the developers.

What is a phased approach to verification?

The phased approach to verification imposes increasing levels of verification compliance as the model progresses from the research phase to the final release.

The following recommendations are rough guidelines for how the verification rigor is applied at each phase.

The research phase has the lowest level of rigor.  The model and data from this phase may or may not be reused in later phases.  The model should meet the functional requirements within a predetermined tolerance.   Modeling guidelines, requirements coverage, and other verification tasks should not be applied at this phase.

With the model in the initial phase, we have the first model that will be developed into the released model. With this in mind, the following verification tasks should be followed

With respect to the increasing compliance with modeling and MISRA compliance; in general, I recommend the following.

With the release phase, I finally hit the targets I initially described.  Entering this phase from development all of the functional requirements should be complete. The main task of the release phase is the final verification of requirements and compliance with guidelines (model and code).

Additionally, the release phase may include a “targeting” component; where the model which was designed for a generic environment is configured for one or more types of target hardware.  In this case the functionality of the component should be verified for each target.

Ramping up compliance with verification tasks is a standard workflow.  The suggested levels of compliance during the development phase should be adjusted based on a number of factors including

Outsourcing design is common in most industries; from simple sub-components to the full system.  In both cases the process by which the handoff between companies happens is critical.

It starts before you start (pre-project work) 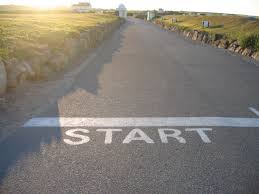 first model is exchanged, before the first requirement is written the two companies need to agree on  the following items

Regardless of what is specified the information that is required needs to be clearly defined.

The following are recommendations for three stages of a “Company-to-Company” project.  The stages I will look at are “Initial specification”, “functional review” and “final delivery”

In the initial specification phase, the Requesting Company (RC) is providing requirements to the Providing Company (PC).  At a minimum, they should provide the following information.

In most cases, the functional review stage is an iterative process with the Providing Company providing updates to the Requesting Company.

At a minimum, the providing company should provide the following artifacts

Depending on what was decided in the pre-work phase the providing company may provide the test environment and test cases.

In response to these artifacts, the requesting company should provide, at a minimum, the following documents.

The process of handing off artifacts between companies in the Model-Based Design environment is nearly identical to that of the traditional text-based environment.  The primary difference is that MBD enables the simulation of the model enabling the requesting company to easily verify the requirements.

Likewise, the specification of which artifacts, and in what format, will be exchanged in the pre-work phase is critical to the success of work between companies.

With 2017 behind us and 97 blog posts under my belt, it seemed like a good time for some reflection on the state of Model-Based Design.

2017 was a great year for Model-Based Design projects.  I expect an increase in both the number and depth of these projects in 2018.  I look forward to continuing this blog and the eventual conversion to the book.

As an engineer automation is part of my day-to-day work.  From the ‘start.m” function that runs at the start of MATLAB, the excel formulas that smooth pivot tables, or the GIT macro that allows me to merge two branches.  These are automation functions that other people have already created.  Some of these automatons are things so “common” that I forget they were not they are in fact automation.  What then leads me to automate a task?

Before I automate a process I ask myself the following questions

When to and not to automate

If the process is already automated, or if the process is changing frequently it is obvious that work should not be put into the automation.  In general, I put look at a threshold in terms of person-hours per week normalized by the number of people working on the project compared to the effort to implement the automation.

If the person-hours per week is low (under 1) or the return on automation duration is high (over 6 months) then I do not consider the automation a worthwhile investment.

Automation, when done right, saves us time and allows us to perform other more interesting tasks.  However, it is easy to get stuck in “automation for automation sake” development.  I leave you with two humorists take on automation.

In short, the software must function dependably (in a measurable and definable fashion) for critical functions.  Critical functions being defined as having failure modes that could cause serious injury, loss of life or property.

When considering software design using MBD methodologies for safety-critical software everything starts with the requirements and the validation that those requirements are correctly implemented (this is true for all software).   I consider 4 primary factors

Traceability refers to the act of following the implementation, modification, and validation of requirements.  Model-Based Design improves this process since a single model can be used as the design artifact at multiple stages in the development.  Meaning that once the link between the requirement and the model is made it is maintained.

handoff of software artifacts between people and roles (e.g. software developer to software integrator to software test engineer) is a well know point for the introduction of errors.  With Model-Based Design, the same model is used at each stage preventing hand-off errors.

The use of automatically generated code prevents syntactical errors to which people are prone.  Many standards now allow you to claim credit for the use of auto code in the prevention of these errors.

Developing safety critical systems for any industry requires following common best practices and established guidelines.  Following a Model-Based Design approach helps with the automation and validation of many of these steps while avoiding critical handoff errors.

Did I pass or did I fail?  Yes or No?  What more do I need to know?  Putting aside the failure case, where knowing how you failed is important, let’s start by talking about what information you can know and why you would care about it. 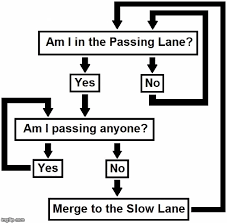 First, remember that there are multiple ways in which a test can “pass.”  Just like in school there can be A, B and C passing grades.  The way the grade is determined is, in part, related to the test type.

Files with high “self-churn” are under development and, in general, should have test cases added as the development process matures.  Files with high “reference churn” are, in contrast, generally mature files that are referenced as utilities or as data.  These files should be “fully” locked down with test cases.

Failure is an option

Just like with passing there are multiple types of failures corresponding to the types of “passing.”  The main question is what sort of information do we bring out from the tests?

For each type of failure different “rich” information is desired.

A dependency failure is a case of the “expected criteria” failure.  E.g. when working with a system of models one or more of the dependent models or bits of data has an error.  Dependency errors can occur in one of two ways.

If the error is of the first type then the report is the same as in the explicit error case.  For the second case, an interface report should be created detailing the change in the interface.

The final note for this post is a few thoughts on the infrastructure performance.  Over time as additional tests are added to a system the total time to execute tests will increase.  Therefore monitoring both the execution time of individual tests as well as reusable test components is critical.